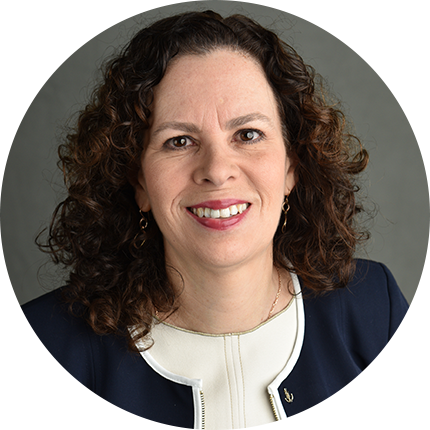 Sonia is responsible for aligning UnidosUS’s major initiatives and core work across programs,  policy, and Affiliate engagement with communications and fundraising efforts to advance UnidosUS’s mission. In addition, she oversees Human Resources, organizational strategy development, and board governance.

During her three-decade career at UnidosUS, Sonia has held different roles, policy to programs,  to affiliate engagement and now, organizational operations. Earlier in her career, she conducted and published research on Latino social policy and demographic issues, including editing Moving Up the Economic Ladder, a book that helped lay out UnidosUS’s major areas of focus on economic issues. She has guided the development of key programs in education, workforce development, and health, and has provided nonprofit management training and support to Hispanic community-based organizations on the U.S. mainland and in Puerto Rico. She also shaped UnidosUS’s regional office efforts, including in New York and, prior to that, led UnidosUS’s work in Puerto Rico, launching the KIDS COUNT – Puerto Rico project, which published the first databook on children in Puerto Rico. Sonia’s work has been cited in a range of English- and Spanish-language media.

More recently, she has led several organization-wide strategic and business planning efforts, including an initiative to strengthen partnerships with UnidosUS’s nearly 300 community-based Affiliate organizations and completion of the UnidosUS 50th Anniversary Campaign for Equal Opportunity. Most recently, Sonia has guided the development of the organization’s strategic Directional Plan, which focuses on closing gaps to achieve equity in UnidosUS’s major areas of impact and strengthening the overall organization to achieve impact.

Prior to her roles at UnidosUS, Sonia directed a program for public housing residents in Puerto Rico, and worked for Citi Community Affairs and CIGNA Retirement Services.

Sonia was a participant in the initial Seminar for Nonprofit Leaders on Business and Financial Responsibility sponsored by PwC and the Wharton School; was a Rockwood Leadership Institute Yearlong Fellow; and was a Minority Scholar at the Institute for Research on Poverty at the University of Wisconsin-Madison. She also served on the 2018 Amex NGen Selection Committee; on the board of State Voices (2016-2018); and on the Independent Sector’s Committee on Networks and Member Engagement (2014-2016). She is currently a member of the Coca-Cola Hispanic Advisory Council.

Sonia holds a master’s degree in public administration from the John F. Kennedy School of Government at Harvard University and a bachelor’s degree in English and American literature from Brown University. She is based in New York.