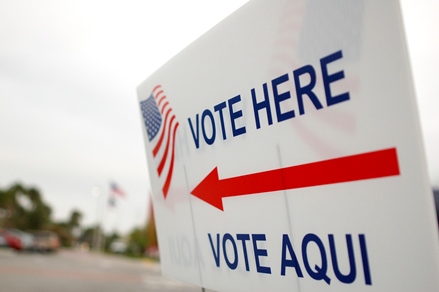 During the fall of 2021, UnidosUS, The Mujerista, and bestselling author, producer, and activist Julissa Arce joined forces to produce season two of “La Historia Uncovered,” a series of thought-provoking conversations intended to inspire and strengthen our understanding of the deeply rooted history of our Latino community in the United States. These educational conversations aimed to allow our audiences to dig deeper and learn more about ourselves, our history, and our future and facilitate understanding about the impact of systemic racism in Latino communities.

This year’s three-part series focused on the issues of voting rights; truthful American history and why critical race theory matters to Latinos; and the structurally racist origins of the immigration system. Each episode featured guest presenters and experts on their respective topics.

Episode 1, “The History of Voting Rights in Latino Communities,” aired on October 12, 2021, and featured Dr. Victoria DeFrancesco Soto, Dean of the University of Arkansas Clinton School of Public Service. Julissa Arce spoke with Dr. DeFrancesco Soto about how the history of voting rights influences Latino communities today. (You can watch the full episode here).

Their conversation begins with an historical approach, specifically an acknowledgment that Latinos and others often do not know how voter suppression laws have affected the Hispanic community for generations.

Although there are similarities to what the Black American community continues to face, key differences exist. For example, English proficiency tests and voter identification requirements create barriers that intimidate prospective Latino voters. A major shift in voting access can be traced back to the 1965 Voting Rights Act (VRA), signed into law by President Lyndon B. Johnson. The VRA came as a reaction to the blatant and horrific denial of the vote to Black Americans in the American South, as well as other stringent and racist laws such as those in Arizona.

A core feature of the Civil Rights Movement, the VRA has been updated or reauthorized five times since initial passage, allowing the law to remain responsive to new voter suppression tactics and strategies. For example, the 1975 VRA amendments added protections against language discrimination in the voting process, which had become a key tool for disenfranchising Latinos in the American Southwest. The fight to include protections for language minorities was spearheaded in large part by MALDEF (the Mexican American Legal Defense and Educational Fund), which also played a substantial role in addressing the drawing of district maps in cities so that representation on city councils or school boards would reflect the populations of the district’s constituents and help ensure the diversity of these local councils and boards.

In 2013, the VRA was substantially defanged by the Supreme Court in the case Shelby County v. Holder. In that decision, the Court justified its roll back of the VRA’s core enforcement provisions with misguided observations that the restrictions on Black Americans’ voting access had been effectively (and supposedly) redressed. Some interpreted this decision to mean that the original purpose of the VRA was no longer applicable, giving further reason to those who want to curtail voting rights an opening to do so. In her talk with Julissa, Dr. DeFrancesco Soto lists several distressing statistics, pointing out that since that 2013 decision, half of the states with the highest Latino populations have passed voter suppression laws. As of 2016, eight million Latinos lived in jurisdictions freed from oversight from the federal government based on changes made to the VRA by the Supreme Court. As of April 2020, 47 states had introduced more than 350 bills aimed to restrict voting in communities of color. Even more recently, the New York Times reported that “nineteen states passed 34 laws restricting voting in 2021, according to the Brennan Center for Justice. Some of the most significant legislation was enacted in battleground states.” Arizona and Texas, for example, have succeeded in passing similar versions of such laws.

In particular, Texas’s SB 1 presents a risk that other states may copy Texas’s effort to reduce access to the ballot box. Calling this a “death by 1000 cuts,” Dr. DeFrancesco Soto noted that small changes—such as the lack of drive-through or 24-hour voting, shortening Sunday poll hours, and allowing for partisan poll-watching—work cumulatively to restrict access to the polls and disproportionately burden voters of color and low-income voters, without directly restricting on the basis of other markers. The law also introduces a language element, restricting access to language assistance at the polling place by making it a criminal offense to offer language assistance without proper documentation. Given the sizable non-English-speaking areas in Texas and the overall difficulty of acquiring proper documentation, this language element works to restrict access in a particularly insidious manner.

Julissa Arce’s conversation with Dr. DeFrancesco Soto also touched on the often-cited narrative that Latinos don’t show up at the polls or run for office. Dr. DeFrancesco Soto pointed out that it is important to ask the right questions: first, why is there this rhetoric that Latinos don’t vote? Second, what are some of the barriers that continue to keep Latinos from voting and/or getting into elected office?

Dr. DeFrancesco Soto pointed to both individual and social determinants when explaining whether Latinos show up at the polls. Socioeconomic status, for example, is the major predictor of whether a person turns out to vote, no matter that person’s ethnic or racial background. Institutional determinants of who stays home or who turns out include factors such as the ability to access polling places, the number of polling places available in a district, and the availability of mail-in, drive-through, or other options for voting can also have an impact.

Many individual and institutional barriers to voting particularly affect Latinos. For example, personal identification, such as birth certificates or driver licenses, may be difficult or impossible to obtain. Having time off from work to drive to and wait multiple hours in line at a polling place presents yet another barrier to voting—forcing a voter to choose between exercising their constitutional right to vote or keeping their job and getting paid that day.

In terms of Latinos running in elections, Dr. DeFrancesco Soto noted several barriers. First, the fact that the people on the ballot sheet may not “look like” the prospective Latino voter can work to disincentivize young voters from participating. Second, running an election is costly and generally requires access to capital. Latinos often lack access to the same money pools as other candidates, making it more difficult for prospective Latino officeholders to run a campaign.

Finally, the discussion asked, how can we change the conversation to help Latinos see ourselves in the fight for voting rights? Dr. DeFrancesco Soto emphasizes that it is important to contextualize voting rights as related to issues of importance to Latinidad, issues such as student loans, social justice, the criminal justice system, and immigration. Many individuals and organizations are doing this important work already, including the Texas Right to Vote Coalition, LULAC (League of United Latin American Citizens), MALDEF, the Willie Velasquez Institute, and UnidosUS, among others.

This conversation concluded with optimistic reminders: the more vocal and engaged our community is, the more that elected officials will reflect the will of people who vote them into office. In the 2020 election, the Latino community saw record levels of turnout, but building Latino power and influence also requires focus on engaging local stakeholders, mobilizing communities, and fighting back against the wave of voter suppression tactics that aim to silence our voices. In the end, Dr. DeFrancesco Soto sees “a future where voting is not impaired but cultivated.”

If you missed this episode, or the other episodes on immigration and critical race theory, you can find the recordings on our website and YouTube channel, and on our corresponding blogs at blog.unidosus.org. We encourage you to spread the word about the series so we can continue to empower our community with the knowledge of our history and fight against systems that have kept us from recognizing our own power as a unified community.

If you want to learn more, watch our short video and blog series with Julissa Arce on “Latinos and Racial Justice.” For the most up-to-date information about UnidosUS efforts on racial equity, follow UnidosUS across all social media platforms at @WeAreUnidosUS and Julissa Arce at @julissaarce.